What is a Smartphone 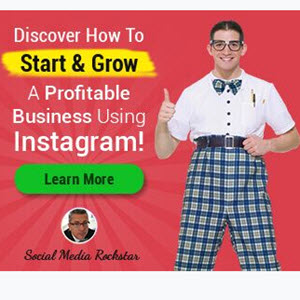 Cell phones today are generally divided between the low-end "feature phones" and higher-end "smartphones." A smartphone has a QWERTY keyboard (either a physical keyboard or soft keyboard like the iPhone or BlackBerry Storm) and is more powerful than the feature phone with larger, high-resolution screens and more device capabilities.

Relative to desktop computers, smartphones have a diverse set of operating systems (see Table 1-1). Moreover, unlike desktop operating systems, the OS in mobile computing typically determines the programming language that developers must use.

When developing an application for the desktop, such as Microsoft Word or Adobe PhotoShop, application developers create their core application in a language such as C++ and share that core code across platforms, but then use platform-specific APIs to access the filesystem and develop the user interface. In the 1990s, a number of cross-platform desktop frameworks emerged, making it easier for companies to develop a single codebase that they could compile for each target platform (typically, just Mac and Windows). For mobile development, this is a bigger challenge.

Even focusing only on smartphones, there are four major operating systems that make up over 90% of the market: Symbian, RIM BlackBerry, Apple iPhone, and Windows Mobile, with the rest of the market shared by Linux and emerging mobile operating systems, Google Android and Palm's webOS. For most of these operating systems, there is a native development language, which is required to develop optimally for that platform, as illustrated in Table 1-1. While it is possible to develop using other languages, typically there are drawbacks or limitations in doing so. For example, you can develop a Java application for Symbian; however, several native APIs are unavailable for accessing device capabilities. Besides the differences in languages, the software development kits (SDKs) and paradigms for developing applications are different across each platform. While the device capabilities are almost identical, such as geolocation, camera, access to contacts, and offline storage, the specific APIs to access these capabilities are different on each platform.

The fast-growing market for applications drives the need for faster time to market. Just as market opportunities led vendors to release cross-platform applications on desktop computers in the 1990s, mobile applications are more frequently available across devices. Operating systems vendors vie for the attention of developers and application vendors, but improve their tools incrementally. Where such dramatic challenges exist in developing across multiple platforms, it is natural for third party cross-platform frameworks to emerge.

The innovation in cross-platform frameworks for smartphone applications surpasses the patterns of abstraction seen in the cross-platform desktop frameworks of the 1990s. These new smartphone frameworks are influenced by the rapid application development techniques we are seeing in web development today. There are three specific techniques in web application development that are borrowed for these non-web frameworks: 1) layout with mark-up (HTML/CSS); 2) using URLs to identify screen layouts and visual state; and 3) incorporating dynamic languages, such as Javscript and Ruby.

A generation of designers and user interface developers are fluent in HTML and CSS for layout and construction of visual elements. Additionally, addressing each screen by a unique name in a sensible hierarchy (URL) with a systemized way of defining connections between them (links and form posts) has created a lingua franca understood by visual and interactions designers, information architects, and programmers alike. This common language and its standard implementation patterns led to the development of frameworks and libraries that significantly speed application development on the Web. These patterns are now being applied to the development of mobile applications as common techniques by individual developers as well as in cross-platform frameworks.

The new cross-platform frameworks (and the native Palm webOS) leverage these skills using an embedded web browser as the mechanism for displaying application UI. This is combined with a native application that transforms URL requests into the rendering of application screens simulating the web environment in the context of a disconnected mobile application.

The Branded Experience of Mobile Applications

New cross-platform smartphone frameworks support a trend where mobile applications, such as web applications, are a branded experience. The Web is a varied, diverse place, where the lines between application functionality, content, and branding blur. Web applications do not express the native operating systems of Mac, Windows, or whatever desktop happens to host the browser. Web applications are liberal with color and graphics, defying the UI conventions of the desktop as well as avoiding the blue underlined links of the early Web that Jacob Nielson erroneously identified as the key to the Web's usability.

As an example, the NBA released its NBA League Pass Mobile app for both iPhone and Android. "Multiplatform is a key tenet of our philosophy," said Bryan Perez, GM of NBA Digital. "We want our content available to as many fans as possible, and with more and more carriers adopting Android around the world, it's important to be there now."7 Most businesses simply can't afford to focus on the niche of a single operating system or device. To reach customers, more companies are developing mobile applications, and the customers they want to reach are divided across the wide array of mobile platforms. Despite the challenges, businesses are driven to communicate with their customers through their mobile phones because of the enormous opportunity presented by such connectedness.

It may be effective shorthand to say that smartphones are the new personal computer; however, in reality they represent a new communications medium. This book covers frameworks and toolkits that make it easier than ever before to develop applications for multiple mobile platforms simultaneously. Leveraging these tools, you can take advantage of the widespread adoption of smartphone devices to broaden the reach of your business.

different from each other, even on the same platform. As is typical, these mobile applications choose a color scheme that is consistent with their brand, rather than adhering to defaults provided by the smartphone operating system.

TAKE CHARGE Of YOUR TRIPS

Book a hotel near your trip locations

TAKE CHARGE Of YOUR TRIPS

i) Aarti Patel is stuck in traffic

i) Aarti Patel is stuck in traffic

every person is incredible, I'm getting to know everyone individually.

I swim and play soccer and get bruised and sweaty and bug bitten and tanner every day.

Frequently, the industry produces multiple platforms that essentially provide the same solutions for different market segments. In the 1990s, Microsoft Windows and the Apple Macintosh provided GUI platforms with windows, mouse input, menus, and so forth. Software vendors needed to create applications for the both platforms and, inevitably software developers created libraries and frameworks that abstracted the differences, making it easier to develop one application that ran across platforms. In the 2000s, as more applications moved to the Web and browser syntax diverged, software developers created cross-platform libraries and frameworks, such as jQuery, Dojo, and OpenLaszlo. When there exists both a market for applications and enough processor speed and memory to support a layer of abstraction, developers naturally create cross-platform tools to speed time to market and reduce maintenance costs.

With the phenomenal growth of mobile, which has seen broad adoption across a diverse array of platforms, it is inevitable that software developers would create cross-platform mobile solutions. However, the challenge with mobile operating systems today is the diverse set of languages, in addition to platform-specific API syntax. Mobile cross-platform frameworks are addressing that challenge by leveraging the ubiquitous browser Javascript or scripting languages such as Lua or Ruby.

Was this article helpful?

Are You Ready To Run Ahead Of The Pack With The Best Web 2.0 Monetization Guide Ever Written? Unless the rock you're living under is buried deep underneath a tree on a desert island lost in the middle of the Pacific, you're probably already clued in to the most popular website this side of the search engines.